Beth Anne Pratt was born at the "old" Saint Peter Hospital in Olympia, Washington in 1970. The Pratt Family moved to Lacey (part of the greater Olympia area), in the fall of 1973 where She went through the North Thurston school system graduating from North Thurston High School in June of 1988. She did her undergraduate work at Lewis and Clark College in Portland, Oregon, graduating with a BA in anthropology in 1992. Her graduate work was undertaken at Boston University where she received her Masters in 1995 and her Ph.D. in fall of 2002. Her focus of study at B.U. concerned the Maasai

They settled first in Kampala, Uganda

In January 2008, at the invitation of her good friend, Dr. Laura Frost, Beth along with Laura and another Laura created Global Health Insights, LLC. During 2008, they worked on projects funded by the Rockefeller Foundation, the Gates Foundation and the World Bank, mostly on issues of financing and access to health services and technologies in the developing world. Beth may be reached at bethannepratt@glohi.org.

The Heck Family returned to Nairobi, Kenya in summer of 2018 where Simon continues as a Program Leader for the International Potato Center (CIP). 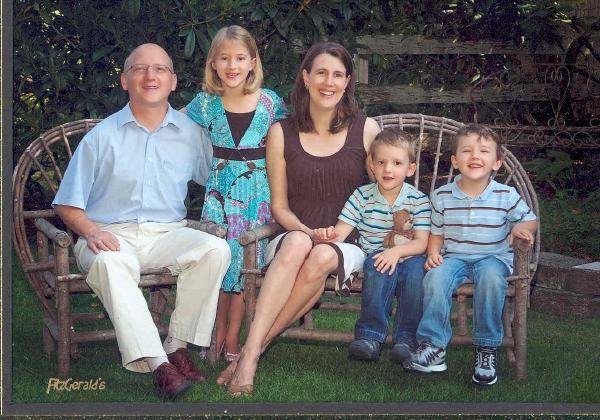 Family Heck - Simon, Juliane, Beth, Jakob and Thomas
The Heck's in Africa
Where they have lived, worked and done research
Some of their important links