Brian David Pratt was born at the new St. Peter Hospital , Olympia on March 26th, 1973. After graduating from North Thurston High School in the spring of 1991, Brian attended the College of Great Falls in Great Falls, Montana where he obtained a BA degree in English Literature in May of 1995. After returning briefly to Lacey, he went to work for the Washington State Department of Labor and Industries Disability Insurance Division in the Seattle area. He then transferred to the Disability Claims section of the Washing State Attorney Generals' office which was also in downtown, Seattle. In September of 2007, Brian accepted a position with the Washington State Department of Social and Health Services in Tumwater, Washington. After living in Yelm, Washington for roughly 10 years he has now moved, with his two dogs, Timon and Larry, to the City of Olympia. Brian's interests include traveling, writing, Okinawan Shorin Ryu Kenshin Kan Karate , classic movies and cartooning. Brian may be reached through David and Cynthia. 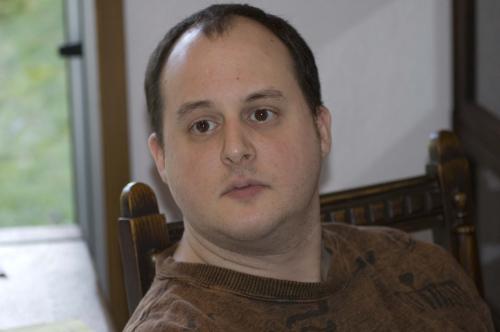