F, b. 15 May 1823, d. 10 August 1903
Anne Jane Laurison was also known as Anne Jane Harper.6 On her cemetery Record she was listed as Jane Ann.7 She was born on 15 May 1823 at Ireland; Both of Anne's parents were listed as having been born in England. Anne's birth date varies over the course of time to the point where the census of 1860 indicates that she was born in 1830. Her emigration record would indicate that she was born in 1821.7,1,8,3 She was the daughter of William Laurison.5 She she seems to have first married a George Harper on 7 February 1848 at Belfast, Ireland; On this record, Her name was given as Ann Jane Laurenson.9 On 6 January 1851 Anne Jane Laurison Harper married Uriah Pratt, son of Uriah Pratt and Elizabeth Wolfe, at Parsonstown, Offaly County, Ireland.10,6,11 Not long after their marriage, on 7 April 1851 they immigrated to New York, New York; They traveled aboard the Vessel Franchise, embarking from Liverpool. They were registered as Uriah Pratt (30) and Ann Jane Pratt (30), their Native Country being Great Britain.12,13
Anne and her farmer husband, Uriah, first appear in the United States on the census of 19 July 1860 in Walker Township, Kent County, Michigan.14 They also appeared on the census of 24 August 1870 in Walker Township.15 Still Farming and still living in in Waker Township Anne and Uriah were also recorded on the census of 25 June 1880.16 They are recorded on the Michigan State Census of 1884 in Walker; Michigan State Census. A widow, she was included in the Michigan State Census of her son George Edward Pratt in 1894 also at Walker Township, Kent County.17,18 Listed as a widow and Living by herself, Ann also appeared on the census of 20 June 1900 in Walker Township.19 Anne died on 10 August 1903 at Walker Twp., Kent County, Michigan, at age 80; Cirtificate of Death lists father as Wm. Lawison of England, Eu.20,7,5 She was buried at Riverbend Cemetery Lot. 47, Kent County, Michigan.20
How did Uriah ended up marring Anne Laurison in County Offaly, Ireland and eventually settling in Kent County, Michigan? The explanation may lie in their ties to the non-conformist Wesleyan Methodist religion to which this Pratt family belonged. There may be an explanation. Uriah and brother William were baptised as Wesleyan Methodists. Anne, probably born in Norther Ireland (Belfast?), the daughter of English parents could also have been a Wesleyan Methodist. If Anne's parents were Wesleyans, they could have become aquainted with the Pratts through the Church before they settled in Ireland. To accommodate a growing Methodist congregation following the preaching of John Wesley in the late 18th century, a Methodist Church known as Wesley Chapel was built in 1820 on Emmett Street in Birr (formerly called Parsonstown), County Offlay Ireland. That well could have been the church that Anne and Uriah were married in before leaving for the New World. "The Wesleyan Methodist Curch in the United States was organized on May 14, 1841. The first secessions in 1841 took place in Michigan although the new church group was formalized in Utica, New York". The Uriah and William Pratt Wesleyan families traveled from Great Britain through Wayne County, New York to Kent County, Michigan.21,22 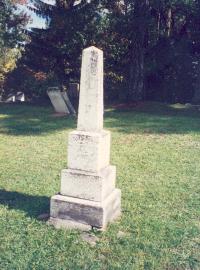 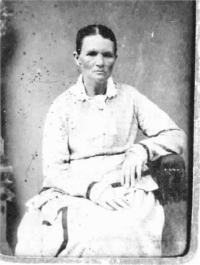 F, b. 25 September 1823, d. 28 September 1915
Ann B. Gorman was born on 25 September 1823 at Ohio.1,3 She was the daughter of John Gorman and Margaret Alden.1 Ann B. Gorman was recorded in the census of Margaret Alden and John Gorman in 1830 at Salt Rock, Marion County, Ohio.4 Ann B. Gorman was recorded in the census of John Gorman and Margaret Alden on 28 September 1850 at Antrim, Wyandot County, Ohio.1 Ann appeared with her niece Maggie McClain on the census of 8 July 1880 in Clarinda, Page County, Iowa.5 Ann B. Gorman died on 28 September 1915 at Page County, Iowa, at age 92; Burial: Clarinda Cemetery, Page County, Iowa. From an obituary published in the Clarinda Hearld transcribed to FindAGrave. "Miss Gorman leaves only one living brother, Reuben P. Gorman of Craig, Mo. Among her nephews are Sam B. Gorman and Robert Gorman, Clarinda; Mrs. Pressley Craig, Mrs. Scott Gorman of Hawleyville, Mrs. Wm. Bell of New Mexico, and Mrs. Dollie Miller of Colorado. Four relatives from Craig, Mo., were present at the funeral, John Gorman, Edward C. Lawrence, Charles Wise and Mrs. Ora Leeper. The remains were laid to rest Wednesday afternoon in Clarinda cemetery. CLARINDA HERALD, Clarinda, Iowa, Sep 30, 1915 ".2

Children of Jane Brown and Col. Thomas B. Hamlin

Child of Mary A. (?) and Elijah Blanchard

Children of Elizabeth (?) and William Richardson

Children of Harrison Jackson Ober and Nancy A. Shockley

Children of Friedrich Plaster and Anna (?)

Children of Sarah (?) and William Huckleberry

Children of Jemima (?) and Philip Hogan

Children of Squire Bassett (of Lexington, Ky) and Elizabeth Slaughter

F, b. circa 1824
Mary Miller was born circa 1824 at Germany.1 She was the daughter of Henry Miller.1 Mary Miller married Garrett Webb circa 1844 at Wisconsin.1

Children of John A Fitch and Mary Jane Scott 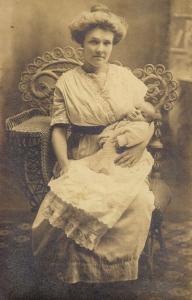 Children of Louisa (?) and Ludwig Behrens

Children of Archibald Ray and Sarah (?)

Children of Thomas Osborn and Adaline (?)