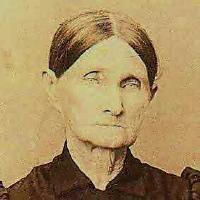 Posted on Find-A-Grave by S.W.
Cassandra Boone was born in October 1836 at Missouri.1 She married Francis Marion Whiteley circa 1849 at Missouri.1,2 Cassandra Boone died on 31 January 1911 at Adams, Umatilla County, Oregon, at age 74.1 She From an biography posted at Find-A-Grave: "Cassandra was the daughter of Lindsey Boone, and Sarah (Groom) Boone. Her father was the son of Daniel Morgan Boone, and the grandson of the famous Daniel Boone. Cassandra never knew her father, as he died the same year that she was born. She had a sister who was 1 & a half years older. Their mother remarried when the girls were about four and six. Nothing is known about their early lives or how their father died. - Cassandra married before she turned 16. She and her husband Frank traveled from Missouri by wagon train around 1853, to North East Oregon, where they settled. They made the journey with her sister (Sarah Griffin Boone Phipps) and brother in law, as well as her husbands parents, and other family members. Frank & Cassandra remained in Oregon for about 20 years, before moving north into Washington Territory. After about 16 years, they again returned to Oregon. She and Frank had 9 children, one of which died young. They owned their home free of mortgage, and they farmed the land. It was a challenging pioneer life. - Cassandra often had some of her grand-children living with her, one of whom later wrote about how she would tell stories of coming from Missouri by wagon train, and that she was the great great granddaughter of Daniel Boone".

Child of Luther Davis and Delia (?)

Children of Simpson Cash and Mary (?)

Children of Nancy Riley and Evan B. Rushing

Children of Pheobe (?) and Duane Hoskins

Children of J. B. McCollum and Dydamy (?) 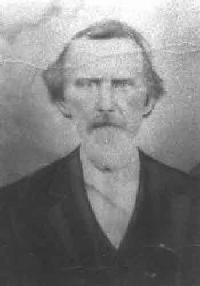 Children of John B Richardson and Malinda A Cress

Children of Cicelia A. Ober and William H. Geddes

F, b. 28 February 1837
Josephine " Josie" Bacon was born on 28 February 1837 at Massachusetts.1,4 She was the daughter of Joel Smith Bacon and Hannah Eliza Porter.3,4 Josephine " Josie" Bacon was included in the census of Joel Smith Bacon and Hannah Eliza Porter on 19 December 1850 at Washington, District of Columbia; This census included Hannah Porter, Hannah Bacon's mother.4 "Josie" married Luther Rice Spilman, son of Conway Spilman and Nancy Fishback Mason, on 24 December 1866 at Fauquier County, Virginia.1,2 Josephine " Josie" Bacon and Luther Rice Spilman appeared on the census of 19 August 1870 in Richmond, Virginia.5 Luther and Jsoephine appeared on the census of 2 June 1880 in Ashland, Hanover County, Virginia.3

Children of Daniel/David Pratt and Hannah (?)

Name
Cramer, Anita.19
Were Herman Daniel Burke and Henry Burke brother's? Proof of the sibling relationship of Henry (Heinrich) and Herman Burke is derived from four sources: 1) Sarah Eugenia Jones/Burke/Bakers widow's pension file which contains an affidavit by Henry Burke living in Indianapolis. While this form initially seems to state that Henry is not a relative, a closer examination reveals a hand written line below the formal statement that clearly states that "Henry Burke is a brother". This line is in the same hand writing as the rest of the document; 2) A letter from his mother, Sarah Eugenia to Harry Eugene Burke, Sr. indicates that Herman had a brother living in Indianapolis, and the brother, she though, had a son named "Ed". This Henry Burke was the only Henry Burke found in Indianapolis. who indicated the he was from Hanover with a son named Ed. Family tradition also says that Herman came to the United States with at least one brother (perhaps two), that the brothers settled in Cincinnati before migrating to Indianapolis; 3) This Henry Burke and his wife were recorded on the 1850 U.S. Census in Cincinnati and then appear on the 1860 census in Indianapolis. 4) More reciently I recieved a DNA match from a woman who was decended from Henry Burke though the Donhost family line. While certainly not concrete, it seems sufficient to accept that the Indianapolis Henry who signed the affidavit is the same Henry (married to Henrietta) appearing on the 1850 and 1860 censuses and that he was actually Herman's brother.1,6,2
One proof that Henry and Herman were brothers were brothers came from fallowing General Affidavit that Henry made: "We were well acquainted with Herman Burke before and up to the date he enlisted in the Army - at that time he was a very stout able bodied young man". "Well remember that when he came home from the army he was __? used up in health, the then claimed that he had recieved a severe blow on the head while in the army which allmost used him up, that he had never had good use of himself since: He was at times partial paralyzed so that he could not work & he was run down by diarrhoria ____ his health was all gone down - He tried to work but could not stand it. He got some light work of watchman for a while, but he could not do any goode at work so after he was ___ two years he left and went west. For some time after he went west we heard of him as being down sick in hospital in Kansas for some time. We thn lost sight of claimant & did not hear of him again untill a few days ago - When claimant went west it was to try _____ improve his health." In the right hand margin the affidavit further states that "henry Burke is a brother" in 1888 at Indianapolis, Marion County, Indiana.6