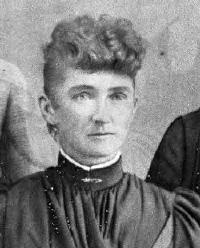 Children of Rosa B Crowell and Tryon M Yancey Jr.

Children of Harriet A Easton and John Wesley Davidson 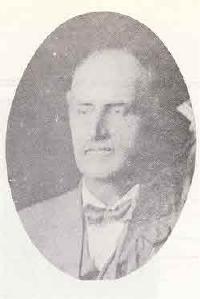 M, b. 5 October 1845, d. 17 April 1911
Addison McClung Brownlee was born on 5 October 1845 at Lovinia, Washington County, Indiana; Death Registration for his son William say's that he was born in Kansas.1,5,4,6 He was the son of James Brownlee and Lavinia McClung.4 Addison McClung Brownlee was included in the census of Lavinia McClung and James Brownlee on 11 October 1850 at Jennings, Crawford County, Indiana.4 Addison was also included in the census of his parents on 14 July 1860 at Ridgeway, Osage County, Kansas Territory.7 Addison McClung Brownlee began military service on 25 August 1862 at Linn County, Kansas; Enlisted in the 2nd Kansas Volunteer Cavalry Company I.8 Addison married Mary C (T) Cantrell, daughter of Tilmon Bethel Cantrell and Euphenia Dundas Newman, circa 1877 at Illinois.1 Addison McClung Brownlee and Mary C (T) Cantrell appeared on the census of 9 June 1880 in Benton, Franklin County, Illinois.1 Addison McClung Brownlee (an unknown value) on 13 July 1885 at Benton, Franklin County, Illinois.9 He Addison M. Brownlee filed for an Invalid pension for having served with C and I companies of the 2 Kan. Cav in 1891 at Illinois.10 Addison and Mary appeared on the census of 9 June 1900 in Benton, Franklin County, Illinois.2 They also appeared on the census of 15 April 1910 in Ward, East St Louis, Saint Clair County, Illinois.11 Addison Brownlee died on 17 April 1911 at Franklin County, Illinois, at age 65; From an obituary extracted from the Benton nespaper "he married Miss Lizzie LOWE, but she died a few months later. In 1875 he went to Virginia, Illinois as editor of the Gazette, moving in 1878 to Benton where he took charge of the Standard, where he remained until the plant was destroyed by fire in 1908. He then moved to E. St. Louis and established "The Optimist." Addison enlisted in the service of the United States at the age of 17, serving three years as a member of the 2nd Kansas Cavalry Scouts. He is survived by his wife, Mary CANTRELL BROWNLEE, who he married in 1876, and three sons, William Addison, Robert Crawford and John James BROWNLEE, and two daughters, Mrs. Jeanne Vivian SWAIN and Miss Tusie Kate BROWNLEE. Two of his life-long friends, Judge M. C. CRAWFORD and Rev. Joe MEADS, preached his funeral. ".12,6

F, b. circa 1846
Julia Burt was born circa 1846 at Illinois; She is in the house hold of Z. and Maria (likely her mother based on the Name of Williams and Julia's daughter Maria A. Reynolds) Zark for the 1850 U.S. Census of Salisbury, Illinois. Both Z. and Maria appear to have had children by other spouses.1,2 She appeared on the census Z. and Maria Kark (sp?) Of 20 December 1850 in Salsbury, LaSalle County, Illinois.2 Julia married William J. Reynolds, son of Eldridge Reynolds and Adeline Perkins, in 1860 at French Camp, San Joaquin County, California.1

Child of Gerte (?) and Jacob Jacobson

Children of Matilda A. (?) and Robert M. Flanary

Children of Robert H Martin and Sarah A (?)

Children of Sarah A (?) and Robert H Martin

Children of Sarah A. Dawes and Stiles Mortimer West

M, b. 1846
George Steele was born in 1846 at Kentucky.1 He was the son of Jonas Steele and Elizabeth Grubb.1 George Steele married Barbara Ellen "Baron" Steele, daughter of Perry Steele and Rhoda Sophoney Steele, in 1872 at Kentcky.2,3

Children of Peter B. Eibe and Louisa (?)

Children of John Flanary and Mary (?)

M, b. 1846, d. 31 August 1921
William Reason Amon was born in 1846 at Missouri.1 He married Sarah Malvina Downing before 1884.1 William Reason Amon died on 31 August 1921 at Pasadena, Los Angeles County, California.1,2 He From a note posted at Find A Grave "Tracing the life and marriages of William stretches the imagination. When he married Clara in California, he said he had been married 4 times. That lead to a search to try and locate who all the other wives were and the children born to each. The only wife he did not have any children with was Clara. At this point in time only 7 of the children have been determined and joined as children. There are probably 10 children or maybe even 11 in total"; "William moved around the northwest once he came west from Missouri which made tracing him a test of fortitude and persistence. His wives are also nomads as well. He lived in Oregon, Washington and California. There are a couple of family trees on Ancestry but some of the family connections are rather strange and unlikely. Further results are forthcoming. If there are any descendants available to provide further information on him and the Amon family, it would be appreciated".2