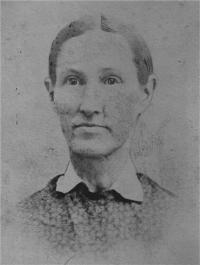 Children of William Forth and Sarah Hunt

M, b. July 1822, d. 29 December 1906
Tobias M Coon was born in July 1822 at Pellston, Ohio.1,3,4 He was the son of George S. Coon and Christina Moore.2 Tobias married Eleanor "Ellen" Decoursey, daughter of Abraham DeCoursey Sr and Margaret Pearce/Pierce, on 26 October 1843 at Allen County, Ohio; Tobias and Ellen were married by the Rev. John Alexander Jr.1,5,6 Tobias and Ellen appeared on the census of 13 September 1850 in Shawnee, Allen County, Ohio.7 They appeared on the census of 3 July 1860 in Shawnee, Allen County, Ohio.8 They also appeared on the census of 16 June 1870 in Jamestown, Ottawa County, Michigan.1 They appeared on the census of 23 June 1880 in Tallmadge, Ottawa County, Michigan.9 Approved, June 24, 1886. June 24, 1886. CHAP. 494.-An act for the relief of Tobias M. Coon. Be it enacted by the Senate and House of Representatives of the United States of America in Congress assembled, That the Secretary of the Interior be, and he is hereby, directed to place on the pension-roll of his Department the name of Tobias M. Coon, late a private in Company A, One hundred and eighteenth Regiment Ohio Volunteer Infantry, subject to the provisions and limitations of the pension laws. on 24 June 1886.10 In the report of the Board of Managers of the National Home for Disabled Volunteer Soliders for the Fiscal Year Ended June 30, 1895, A descriptive list of members present at Michigan Soldiers' Home for Disabled Volunteer Soldiers, Sailors, and Marines on June 30, 1895, provides the fallowing. Name: Tobias M. Coon; Regiment: A, 118th N. Y. Inf; Rank: Private; Months Served: 39; Birth Place: Ohio; Age: 71; Disability: g. s. w., general debility; Place of Admittance: Michigan; Occupation: Farmer; Marital Status: Widower. on 30 June 1895 at Grand Rapids, Michigan.11 Tobias appeared on the census of 17 June 1900 in Soldiers Home, Grand Rapids, Kent County, Michigan.3 Tobias M Coon died on 29 December 1906 at Michigan Soldiers Home, Grand Rapids, Kent County, Michigan, at age 84; Cause of death "Old Age."2 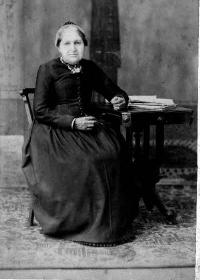 Children of Mary A. (?) and Joseph B. Jocelyn

Child of Edward B. Hill and Mildred (?)

Child of David Carnike and Elizabeth (?)

Child of Elizabeth (?) and David Carnike

Children of Jeremiah Woodring and Carolina (?)

M, b. circa 1823
John Webb was born circa 1823 at Missouri.1 He married Susan Mary Hylton, daughter of William Hylton and Rhoda Kimbrough.1 John Webb and Susan Mary Hylton appeared on the census of 26 June 1860 in Cameron, Milam County, Texas; This census included Susan's brother James.1 John Webb was included in the census of his brother-in-law James Leroy Hylton on 19 July 1870 at Milam, Milam County, Texas.2

Child of Erwin Raab and Anna (?)

M, b. 1823
Joseph F. Brown was born in 1823 at England.1 He was the son of (?) Brown.1
Joseph F. Brown married Mary A. Hare in 1846 at Montreal, Quebec, Canada; The fallowing was Recorded in the non-Catholic Marriage Index for Montreal, Canada for 1846. Name: Joseph Brown, Marriage Year: 1846, Marriage Place: Montreal, Québec (Quebec), Canada, Spouse: Mary Anne Hare, Denomination: Anglican, Source: Centre d'archives de Montréal, CE601,S72, Page: 5.2,3,1
Joseph F. Brown was recorded in the census of Benjamin L. Blanchard and Catharine Brown on 4 September 1850 at Huron, Wayne County, New York. Joseph is listed as 27 years of age and having been born in England; Because of the fallowing: 1) Joseph, Mary and William were living with Benjamin and Catherine Blanchard in 1850; 2) Both Catherine and Joseph were born in England; 3) Their ages are certainly close enough to be brother and sister. It is possible that Catherine Blanchard and Joseph brown were brother and sister. If not Brother and Sister they may be related in some way! For that reason, Catherine Blanchard is inclued as Catherine Brown in this text.1
Joseph and Mary Brown appeared on the census of 8 June 1860 in Georgetown, Ottawa County, Michigan.4 They also appeared on the census of 22 June 1870 in Georgetown.5 On 5 June 1880 Joseph and Mary last appeared on Ottawa County records on the census in Georgetwon.6
And Mary A. Hare In a letter from Ruth Evans concerning her research for the Joseph Brown family in the Grand Rapids, Michigan area, she provided the fallowing; "My search included checking Indexes for 4 Carrie Browns, 5 Charles Browns and 14 Wm. Browns. This was up to 1906, - Deaths and Marriages. I finally located one which appears related. (Marriages) #1939 Applied for June 9, 1902, Cornelius Shipper, 35 of G. Rapids, b. Netherlands, laborer Parents? John Schipper adn M. Van Duren, No previous marriages, Carrie Brown, age 32 of G. R., b. Georgetown, Ottawa Co. Parents, Joseph Brown and Mary Hare, married once before. On Jun 9, 1902 in Gr. Rapids by Chas. A. Watt, J. of Peace. Whit: Morton Rusler of G. Rapids, Sarah L. Stokes of G. Rapids. Co. Clerk Connor H. Smith Deputy Clerk R. A. Mosher, Bk. 13. p. 141. On the 1860 census, Mary lists her origin as Canada.2

Children of Joseph F. Brown and Mary A. Hare

1-Van Buren Atkins (1856-1885) was married to Laura, last name unknown, and had one daughter, Sarah.
2-Julia Frances Atkins (1858-1881) unmarried; died in Elliott County, Kentucky.
3-Benjamin Breckenridge Adkins (b. 1860) married a Sarah Jane Hargis and was last found in Rowan County, Kentucky in 1900. Sarah died in 1905 and is buried in Rowan Kentucky.
4-Lucinda Ellen Atkins (b. 1864) believed to have married Taylor Tolson and had at least one son, Willie.

Also found in the census records residing with Minerva Vansant Flanery was Rufus Hunter Flanery (1854-1907). Although he was born several years after William died and there is speculation that he is actually an Adkins/Atkins, Rufus is buried in the Old Vansant Cemetery with the last name of Flanery. Rufus was married to Margaret Elliott.

Children of Carolina (?) and Jeremiah Woodring

Children of A. P Harris