Children of Jonathan Purdy and Harriett (?)

Children of Josiah Jones and Lockey (?)

F, b. circa 1820
Nancy (?) was born circa 1820 at Tennessee.1 She married Jessee Keele after 1830 at Tennessee; The difference in his first two childern, William and Penelope, and the next four (Martha, Marion, Mellville, and Samuel) suggest that this marriage was his second and that it likely took place after 1840.1

Children of Nancy (?) and Jessee Keele 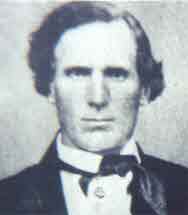 M, b. circa 1820, d. before 1880
William B Nutt was born circa 1820 at North Carolina.2 He married Sinah J Hylton, daughter of William Hylton and Rhoda Kimbrough, on 22 September 1857 at Grimes County, Texas.1,3 William B Nutt and Sinah J Hylton appeared on the census of 6 August 1860 in Precinct 2, Brazos County, Texas; In addition to their daughter Arminta, this census included Sina's brother Thomas and a boarder one Hazel W. McKee, age 40 from North Carolina.2 William B Nutt died before 1880.1

Child of William B Nutt and Sinah J Hylton

Children of Harriet A. Wells and Edward Darby

Children of Thomas Scott and Narcissa (?)

F, b. 1820, d. 1840
Mary Davis was born in 1820 at Ohio.1 She married Eli Hoover, son of Jesse Hoover and Rebecca Yount, circa 1840.1 Mary Davis died in 1840.1 She and Eli Hoover appeared on the census of 23 October 1850 in Union, Miami County, Ohio.2 Mary Davis died after 2 February 1852 at Ohio.3 She Mary Davis Hoover was the paternal grandmother of US President Herbert Hoover. After her death, her husband Eli took their children and moved to Iowa.4 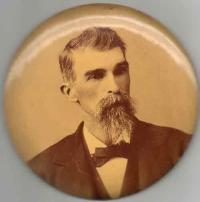 Children of Robert Lawrence Brown and Margaret B. Cabell

M
Nelson Joshua Meeker is the son of Martin Meeker and Lydia Harrington.1

M, b. before 8 August 1820
Isaac Ober was born before 8 August 1820 in at Pennsylvania.1 He was the son of Peter Stauffer Ober ? and Hannah Browers ?2,3 Isaac Ober appeared on the census of 17 November 1850 in Burlington, Des Moines County, Iowa; Occupation Drayman.4 He married Elizabeth Herrill, daughter of Coleman Herrill and Mary Long, on 18 December 1851 in at Des Moines County, Iowa.5 Isaac and Elizabeth appeared on the census of 29 June 1860 in Placerville, El Dorado County, California.6 They appeared again on the census of 8 August 1870 in Placerville, California.7 Isaac Ober must have died shortly after the 1870 census as Elizabeth married John Luce circa 1872.1 The relationship between Cyrus and Isaac certainly is not conclusive. That they are brother is based mostly on circumstantial evidence including their age, Pennsylvania birth, there migration to Iowa(Des Moines County), El Dorado County, California and their ultimate destination of Stockton, California. Their actual relationship may well require DNA investigations to establish conclusive proof.3 He Other Possible realitives: Davis County Iowa in the Western Gazette from BloomField, "In July, 1855 A. J. Dickerhoff became editor and proprietor, and C. P. Ober, printer, and the name was changed to WESTERN RADIATOR, and it announced itself as 'Independent and exclusive in politics.' Late in 1855 or early in 1856 Harry Ober became the editor and proprietor and changed the name to OBER'S TRUE FLAG. It seems to have been discontinued late in 1856. (Files in Hist., Mem. and Art. Dept. of Ia. at Des Moines: July 26-Dec. 13, 1856.)" "An Keosauqua, Iowa order providing citizenship to one Pehr Dahlberg included the testimonyh of one C. H. Ober in open court."8

Children of James A. Blackshear and Caroline (?)

Children of Jane (?) and John Cash 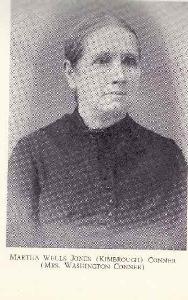 M, b. 12 December 1820, d. 15 April 1891
Uriah Pratt was born on 12 December 1820 at Cambridgeshire, England.3 He was the son of Uriah Pratt and Elizabeth Wolfe.1,2 Uriah Pratt was baptized on 22 December 1820 at the Parish of March, Cambridgeshire, England.4 He was baptized again as a non-conformist on on 23 September 1823 at Wesleyan Methodist Church, St. Mary's Parish, Ely.1,5 He appeared on the census of 6 June 1841 in Church Gate, Whaplode, Holbeach, Lincolnshire, England.6
On 6 January 1851Uriah Pratt married Anne Jane Laurison Harper, daughter of William Laurison, at Parsonstown, Offaly County, Ireland.7,8,9 Not long after their marriage, on 7 April 1851 they immigrated to New York, New York; They traveled aboard the Vessel Franchise, embarking from Liverpool. They were registered as Uriah Pratt (30) and Ann Jane Pratt (30), their Native Country being Great Britain.10,11
Listed as a Farmer, Uriah Pratt and Anne Jane Laurison first appear in the United States on the census of 19 July 1860 in Walker Township, Kent County, Michigan.12 They also appeared on the census of 24 August 1870 in Walker Township.13 On 30 October 1879 at Grand Rapids, Kent County, Michigan, During Premiums Awarded at the First Annual Fair of the Western Michigan Agricultural and Industrial Moeiety, Uriah was awarded a 3 dol. Premium in Section F. -Farm and Garden Produce and Manufactured Products, Class 32, -Grains and Seeds.14 Still Farming and still living in in Waker Township Uriah and Anne are also recorded on the census of 25 June 1880.15 They are recorded on the Michigan State Census of 1884 in Walker; Michigan State Census.
Uriah Pratt died on 15 April 1891 at Grand Rapids, Kent County, Michigan, at age 70; From an obituary posted in the Evening Leader: In the town of Walker, of Hart desease, Uriah Pratt, on the morning of the 15th of April, at his residence, aged 71 years and 1 months.16,17,18" He was buried at River Bend Cemetery, corner of Riverbend and Wilson Ave., Walker Township, Kent County, Michigan.19
How did Uriah ended up marring Anne Laurison in County Offaly, Ireland and eventually settling in Kent County, Michigan? The explanation may lie in their ties to the non-conformist Wesleyan Methodist religion to which this Pratt family belonged. There may be an explanation. Uriah and brother William were baptised as Wesleyan Methodists. Anne, probably born in Norther Ireland (Belfast?), the daughter of English parents could also have been a Wesleyan Methodist. If Anne's parents were Wesleyans, they could have become aquainted with the Pratts through the Church before they settled in Ireland. To accommodate a growing Methodist congregation following the preaching of John Wesley in the late 18th century, a Methodist Church known as Wesley Chapel was built in 1820 on Emmett Street in Birr (formerly called Parsonstown), County Offlay Ireland. That well could have been the church that Anne and Uriah were married in before leaving for the New World. "The Wesleyan Methodist Curch in the United States was organized on May 14, 1841. The first secessions in 1841 took place in Michigan although the new church group was formalized in Utica, New York". The Uriah and William Pratt Wesleyan families traveled from Great Britain through Wayne County, New York to Kent County, Michigan.20,21
Interestingly, there was another Uriah Pratt who married a Sarah (probably Alcock) in the 1st quarter of 1840 in Holbeach, Lincolnshire and who christened a son Charles in Holbeach in the 3rd quarter of 1840. How ever, That Uriah was included in the 1841 census at North Terrace, Wisbech St. Peter, Cambridgeshire. He was born in 1806. This Uriah was born in 1820. Since this Uriah's brother William also shows up in Holbeach in 1841, it seems likely they are from the Uriah Pratt and Elizabeth Wolfe family.22

M, b. circa 1821
Callaway Harbour was born circa 1821 at Alabama.3 He was the son of Talmon Harbour and Elizabeth Calloway.2 Callaway Harbour married Serina Elizabeth Lassiter, daughter of Benjamin Lassiter and Jemima Matilda "Tilly" Murphree, on 5 May 1843 at Mississippi.1,3,4 Callaway Harbour and Serina Elizabeth Lassiter appeared on the census of 31 August 1850 in North of the Yallobusha River, Yalobusha County, Mississippi.3 Callawoy and Serina appeared on the census of 17 July 1860 in Lavaca, Lavaca County, Texas; Interestingly, Callaway is listed as Paloney and Serina is listed as a spinster.5

Children of Joseph Young and Caroline (?)