Children of Nancy "Nannie" Lain Moore and David A Daugherty

Children of William Pratt and Caroline (?)

Children of Amanda Goodrich and (?) Hemphill

Children of James A. Gorman and Anna Diana Smith

Married Everett Leon Ishmael 16 Oct 1895 in Grant Co., Wisconsin. This may have been her second marriage; the 1900 Federal census shows her as the mother of two children with one still living, but no child living with her.

Of the siblings, she outlived all of them and was the only one to remain in Wisconsin. Her oldest brother Lester, died during the Civil War near Vicksburg.9 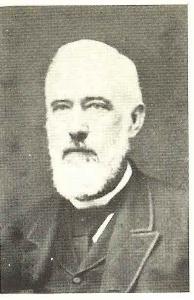 F, b. circa 1835
Georgina Mary Russell was born circa 1835. She was the daughter of George H. Russell and Louisa Hodgkinson.1 Georgina was included in the census of her parents, George H. Russell and Louisa Hodgkinson, on 30 March 1851 at Braddan, Isle of Man, England; This census included Mary Hodgkinson (50), sister-in-law. Louisa's sir name?2 Georgina Mary Russell married Edward James Thrale D'Oyley de Bourbel Money on 31 May 1859 at India?

Children of Susan (?) and John Gallagher

Child of Eliza A. (?) and Andrew Jackson Dwelley

Children of Henrietta (?) and Johann Paschke