M, b. circa 1872
Jasper/Jessie Newton E. Greer There is some of confusion concerning this indiviual's name. Jasper is listed as "Newton" on the 1880 census of his parents. He is listed as "Jasper M" on the affidavit of marriage to Mary Lear. He is listed as "Jesse N." on Ohio's Births and Christenings Index, 1800-1962. He is listed as "Jessie N" on Lester's his death certificate and as Lester's contact on his WWII draft registration. "Jasper" is certainly the name that was used for his marriage to Lester's mother, Mary Lear.2 He was born circa 1872 at Illinois.1 He was the son of Henry Gilbert Greer and Lucy W. Kerns.1 Jasper/Jessie Newton E. Greer was included in the census of Henry Gilbert Greer and Lucy W. Kerns on 14 June 1880 at Holland, Shelby County, Illinois.1 Jasper/Jessie Newton E. Greer married Mary "Marie" Ida Lear, daughter of Noah Lear and Margaret June Brown, on 4 July 1895 at Hancock Couny, Ohio.3,4

M, b. circa 1872
John Clinton was born circa 1872 at Ohio.3 He was the son of Hugh Clinton and Bessie Bayer.2 John Clinton married Arie Agness Rupe, daughter of Levi Rupe and Mary Caroline Smith, on 21 March 1899 at Woodland, Barry County, Michigan.1,2

M, b. circa 1872
Charlie Decamp Hull was born circa 1872 at Philadelphia, Pennsylvania.3 He married Margaret Hunter Slaughter, daughter of Nicholas Hamner Cobb Slaughter and Pauline Anne Hunter, on 24 December 1903 at Lynchburg, Campbell County, Virginia.1,3 Charlie Decamp Hull was included in the census of his father-in-law Nicholas Hamner Cobb Slaughter on 9 January 1920 at Lexington, Davidson County, Kentucky.4

M, b. circa 1872
John S Williss was born circa 1872 at Tennessee.1 He married Lelia Amelia Shedd, daughter of John Haskell Shedd and Elizabeth Maria Salmon, on 30 July 1914 at Fresno County, California.1,2

Children of Nathan Reiff and Esther (?) 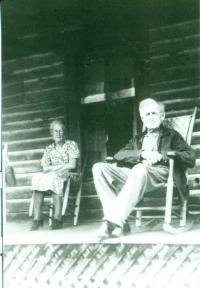 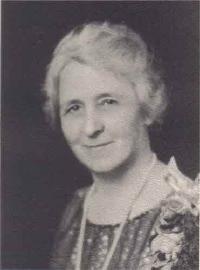 Child of Rosina A. Cox and Martin Ambrose Pratt 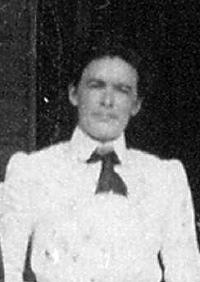 Children of Benjamin Franklin Wood and Ethel A Pruyne

Child of Mabel B. Reynolds and (?) Heeney

M, b. June 1872, d. 12 September 1928
According to Frieda Herr, John Albrecht married Mary Reiley. Evidence of this marriage has not been found.2 John Albrecht was born in June 1872 at Flatow, Krojenke, West Prussia, Prussia.1 He was the son of Carl Wilhelm Albrecht and Louise Augusta Justine Jeanette Gomoll.1 John Albrecht was listed in the census of his mother, Auguste Albrecht, on 8 June 1900 at Chicago, Cook County, Illinois. He was showen as being born in Nov 1876; This census indicates that they (Augusta and her children) came to the United States in 1882.3 He was listed in the census of Karl Wilhelm Hieber and Hulda Emelie Justine Albrecht on 7 January 1920 at 31st ward, Chicago, immagrated 1879, naturalized in 1886.4 John Albrecht died on 12 September 1928 at Chicago, Cook County, Illinois, at age 56; From the Death Certificate: Birth Place Krojanka, Germany; Father Carl, Mother Augusta Gommell. He was married and his wife's name was Marrie.1,5,6

F, b. June 1872
Lucy C. Crane was born in June 1872 at Virginia.1,3 She married George G. Scott, son of Tarlton Woodard "Woodson" Scott and Sarah V(E). Council, circa 1891 at Virginia.1 Lucy C. Crane and George G. Scott appeared on the census of 6 June 1900 in Charlotte, Mecklenburg County, North Carolina.3 George and Lucy appeared on the census of 20 April 1910 also in Charlotte, North Carolina.1